Posted on 3rd February 2022 at 09:43
A tour of one of the best kept secrets in Yorkshire
The Yorkshire Wolds may not have the national profile of their nearby cousins the Yorkshire Dales and the Yorkshire Moors but there’s so much to see in this quiet corner of the God’s own country.
From the spectacular precipice of Bempton cliffs to the gently rolling hills to the beautiful, historic market towns and quaint villages, the Wolds is a varied landscape of unexpected contrasts. And the Yorkshire Wolds Cycle Challenge is without doubt the best way to enjoy, soak up and take in all that the area has to offer.
The route begins at Norton College, near Malton, and follows a circular route developed by the charity Sustrans in 2011, taking in elements of National Cycle Routes 1, 66, 164, 166 and 167. It’s a well-signed ride on quiet country lanes, covering approximately 72 miles on each of its two days, Saturday and Sunday, 2 and 3 July 2022. But as much as it’s a fun ride with great camaraderie, it’s also a personal challenge, with some steep climbs and a total elevation gain of 2,160 metres over 144 miles.

As the ride is going anti-clockwise this year, it will head out of Norton straight onto the undulating farmland of the north-western edge of the Wolds.
Having conquered the steep uphill at Leavening Bank, riders are rewarded with a long, slow descent into the beautiful valley of Thixendale, which is one of the highlights of the whole route.
After another challenging ascent up to the top of Garrowby Hill, it’s onto a hugely enjoyable downhill into Millington Woods and then the market towns of Pocklington, Market Weighton and Beverley, where riders will cross the Westwood Pasture and pass the beautiful Beverley Minster. The route heads north through arable farmland and the fairly flat terrain of the south of the Wolds before reaching the half-way stop-off point at Hutton Cranswick.
Camping
Camp is conveniently located on-route at the Hutton Cranswick Sports and Recreation Centre, and is a fantastic opportunity to relax, recharge and get to know fellow riders after a long, hard day in the saddle. Entrants can lock their bikes away in a secure area, which is monitored by the resident security guards throughout the night, before enjoying a hearty meal, live music and a fully licensed bar as part of the evening festivities. Breakfast is provided the following morning. Campers also get full access to the facilities, which include toilets, washroom and hot showers onsite.
Day 2
On day two, the ride sets off again and almost immediately passes through the capital of the Wolds, Driffield, another of East Yorkshire's market towns and a focal point of the county’s farming community. Gradually becoming more hilly, the route passes by the stately Burton Agnes Hall before climbing again and eventually dropping into Bridlington via the delightfully scenic Woldgate. Briefly skirting the coast on the northern side of the resort, riders will then head towards the sheer cliffs of Bempton, home to the RSPB nature reserve, before doubling back and weaving up towards the stunning beach at Hunmanby Gap.
The last quarter of the route, heading west over some of the highest points of the Wolds, is a real test for aching, day two legs, with some serious climbs, especially around Foxholes. After that, the challenge passes another stately home in Sledmere House and then turns north-west for the final leg to Norton and the welcome steep descent of Settrington Bank on the way back to Norton College. 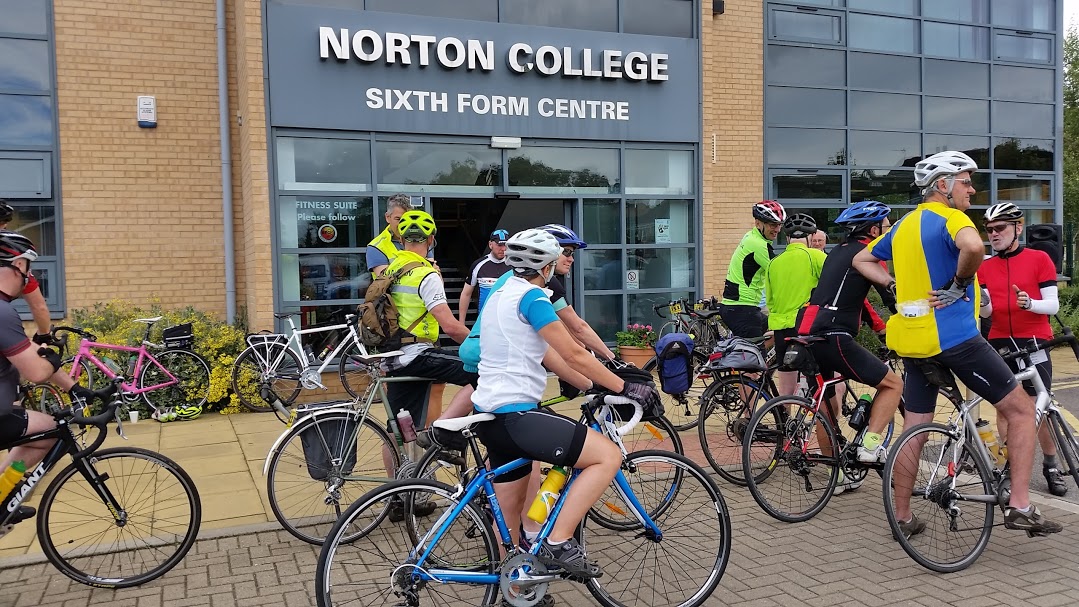